Español | Find us at Airport | 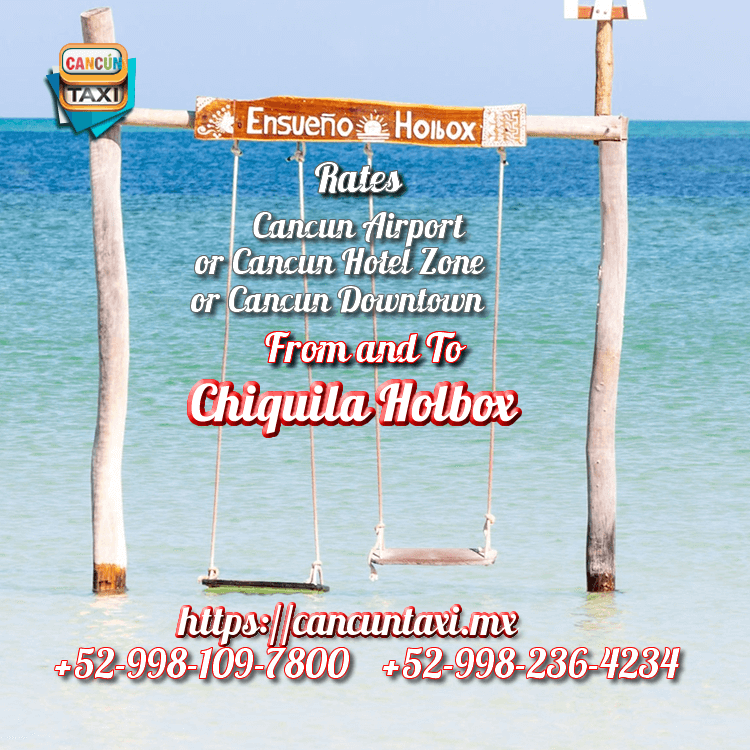 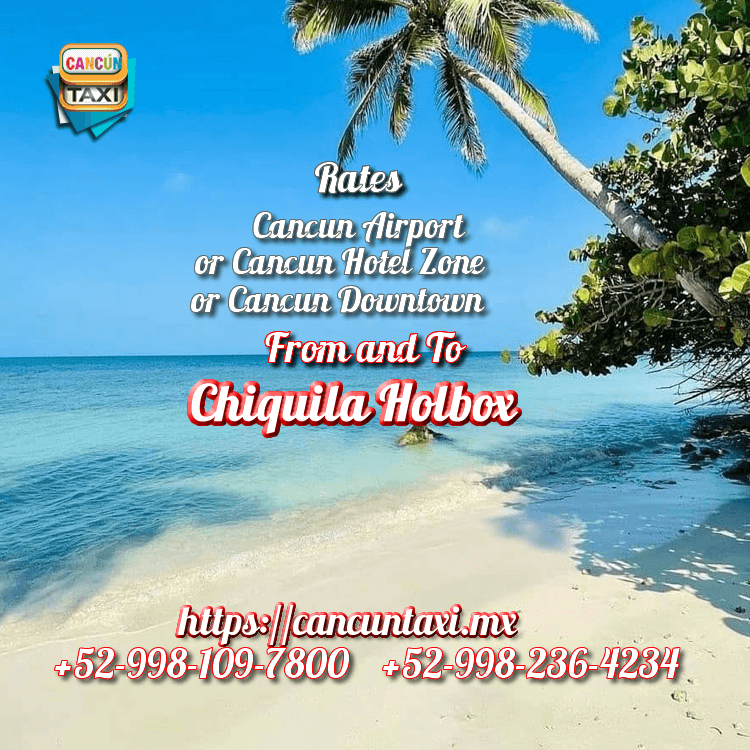 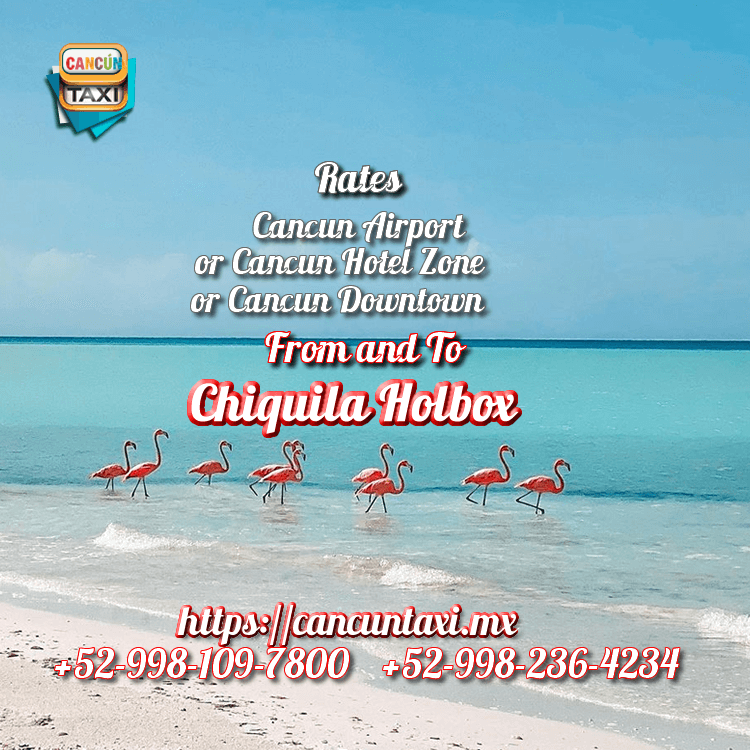 We offer a Private Transportation to/from Chiquila sea port ferry to the Holbox island, our team we'll be waiting for you with a sign with your name in the main gate of the Cancun International Airport or the hotel lobby. We have the Best prices on Private Transfers to and from Chiquila.
Book now, and allows us to transport your family in the most Safe, Affordable, Private and with best price.

Ferry Holbox Express
They leave every half hour from 7:30 am until 9:30 p.m.
Chiquila to holbox

Located to the northwest of Cancun, Mexico, Holbox Island is just 26 miles / 42 km long. Holbox is separated from the mainland coast of Mexico by a shallow lagoon which gives sanctuary to thousands of flamingos, pelicans and other exotic birds and creatures.

Most of the people of Holbox Island make their living fishing. It is common to see fishermen walking through Holbox Village with their catch of the day or carrying their nets. The streets of Holbox Island are made of white sand, common of Caribbean islands, and there are very few cars. Holbox is considered a virgin tourist destination because very few outsiders visit the island. In spite of Holbox' natural beauty, inaccessibility has left it unspoiled by mass tourism.

*Deployed prices are for promotion and do not apply invoice